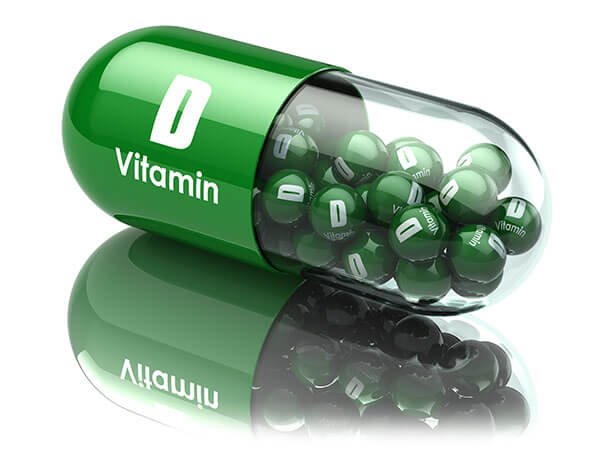 Vitamin D3 plays a crucial role in your testosterone as it is critical for inhibiting the aromatization of testosterone into estradiol (estrogen).

In other words, if your body is short on D3, you are not only at risk of lower testosterone levels but even worse, elevated estrogen levels!

Our bodies produce Vitamin D3 when directly exposed to sunlight or more specifically, ultraviolet B (UVB).

Due to growing concerns over skin cancer and office jobs keeping us out of the sunlight during peak hours, most of us do not get the amount of full body sun exposure needed to produce a sufficient amount of Vitamin D3.

Deficiency has skyrocketed over the last century to upwards of 77% of Americans now being concerned deficient. (1)

Vitamin D3 also plays a critical role in absorption of calcium and magnesium. Interestingly, magnesium is required to convert D into its active form to help with calcium absorption and prevent artery clogging. 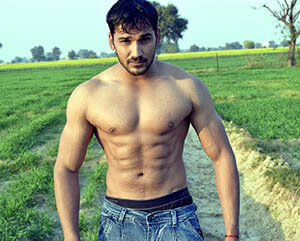 According to the European Male Ageing Study, men who are deficient in Vitamin D have lower testosterone and higher estrogen. This is not surprising given D’s role as an Aromatase inhibitor.

The study also found these men to have more likelihood of cardiovascular disease, higher rates of depression, less fertile and have more body fat and less muscle than their counterparts who were not deficient. (2)

Other Health Benefits of Vitamin D3

Adequate levels of D3 has several health benefits including but not limited to:

Is Too Much Vitamin D, Dangerous?

Vitamin D3 is crucial to bone health so you would think supplementing with it, would help prevent fractures. But studies on elderly adults have found that you are not any less likely to suffer a bone fracture and in fact may even be more likely to get one. (4)

For the last decade or so it’s been very popular for big name doctors to suggest we should be supplementing with 2,000 – 5,000 IU of vitamin D every day.

Now, I’m one of the first people to stand up and tell you the RDA is not a great measuring stick for exactly how much of any one vitamin or mineral you need to consume each day. The reasons they come up with their specific numbers often seem arbitrary at best and potentially funded by lobbyist at worst.

With that said, why in the hell are doctors recommending such high amounts of vitamin D when your body NATURALLY produces it with sunlight exposure?

Your body can create ample vitamin D with sunlight exposure.

It varies by how light or dark your skin is but typically speaking it only takes 10 – 15 min of midday sunlight exposure in shorts and a tank top to produce upwards of 10,000 IU if you are light skinned.

Why midday exposure? This is when UVB light is at its highest concentration. If you are getting your sun exposure at a different time you will likely need longer exposure times.

Also being further North from the equator will increase your needed exposure times.

On the flip side of that, the more skin you can expose to the sun, the less exposure time you will need.

Your fat and your liver actually store vitamin D for future use. Just a few good days in the sun may be enough to stock you up for a couple of weeks.

It should be noted that if you are overweight, your fat may actually be “locking up” your vitamin D so it can not be utilized properly by your body.

Your body will not naturally overproduce vitamin D

Your body intuitively knows when its stores are full and will actually shut down vitamin D production.

This is important because what most people will not tell you, is that you can have too much D and the only way that can happen is through supplementation.

Unlike natural production, supplementation can give you too much D

Your body cannot regulate supplemented D so if your stores are already full and you are piling in more on top of that via supplementation, your body becomes overloaded.

2,000 IU daily which is on the lower end of the often popular recommended daily supplementation amounts would be 60,000 IU every 30 days. Can you see the potential problem now with taking such high doses?

I’m not going to claim to know how much vitamin D you “should” be taking each month. It doesn’t seem anyone really knows and part of that reason is it varies by each persons skin color and the amount of midday sun they are able to soak up.

With that said, because deficiency is so rampant, just going by the numbers, chances are you should be supplementing some.

However, your first priority should be to try and get ample sunlight on your whole body each day.

How much you need varies greatly by your skin color, how close to the equator you live and what month of the year it is. Very generally speaking you should shoot for at least:

In addition to that, I personally take 1,000 IU of Vitamin D each day.

There are times where either work or long winter months keep me from being able to get half naked in the midday sun for the necessary amount of time and I want to ensure my vitamin D levels are not falling too far during these times.

Vitamin D3 in pill form should be a supplement not your main source if at all possible.

That of course, is why they are called “supplements” in the first place but it seems as if some doctors have forgotten this.

D3 is more readily metabolized into a bioactive form or in other words better utilized within your body. D3 is what your body produces when in sunlight and is also well absorbed in pill form.

D2 is what is often added to fortified foods such as milk, because it is cheaper to produce. However it has a short and unstable health life and is not as well utilized by the body.

In order to keep your vitamin D levels high, you need a decent amount of sunlight exposure on your skin which according to the latest research, isn’t likely happening.

The best source of Vitamin D3 is sunlight exposure though so this should be your top priority.

Supplementation with too much vitamin D3 may have negative side effects, however, it is absolutely critical to maximizing your testosterone production as studies have shown a direct correlation between supplementing with D3 and increased testosterone.

The standard recommended daily allowance (RDA) may be woefully inadequate as well and there have been calls within the medial community to increase it from 400 IU to ranges between 600 IU and 800 IU.

I recommend supplementing with lower doses of D3 (compared to those on the high end of the current bandwagon spectrum) and keep it in the 400 – 2,500 IU range each day to help keep your testosterone levels peaked.

You should also supplement with magnesium (30 – 100mg) and boron as well since they both play a crucial role in your bodies ability to properly utilize vitamin D.

Force X7 by Alpha Wolf Nutrition is the only multi-ingredient natural T booster I recommend and includes vitamin D3 (1,000 IU), magnesium and boron in its ingredients.