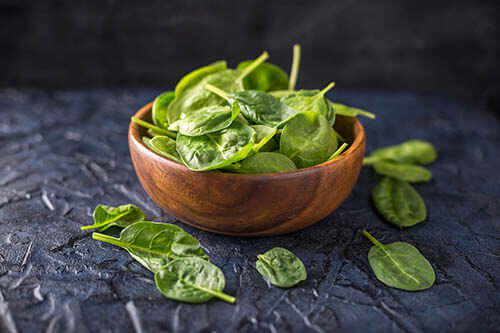 When I was a little boy, I wanted to eat spinach just like popeye so I could be big and strong. When I was a personal trainer in my early 20’s however, spinach was more of an afterthought.

I knew it was really good for you but I had bought into the group think and typical Internet articles at the time which said if you want to get bigger and stronger you need to eat meat and drink gallons of protein shakes. Vegetables and greens are a side dish, not a focus.

In my 30’s, however, I begun to realize just how poor the “group think” diet really is. In fact, most Western diets are way too high in protein, too low in high quality fats such as Extra Virgin Olive Oil and WAY too low in fruits, vegetables, legumes and dark leafy greens.

As my diet turned more towards balance with far less meat and more veggies, I noticed some significant fitness improvements.

My runs in the mountains were suddenly going longer and I was running much faster. A small but definite layer of fat on my mid-section melted away but I had maintained the same weight meaning my muscle size and density increased. My strength went up noticeably as well.

It turns out that veggies have a lot more testosterone boosting, muscle building power than it was once believed and science is now starting to show exactly why!

Spinach has a Powerful Plant Steroid 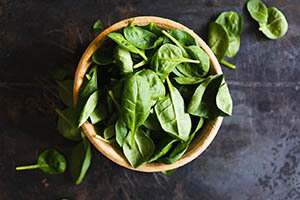 There is a powerful plant steroid in spinach called “phytoecdysteroids” which has been shown in studies to have a direct impact on strength and muscle mass.

In case you are worried about it, NO, consuming spinach is nothing like taking a synthetic steroid. These are two 100% completely different things.

For example, 20-Hydroxyecdysone (20E) is one of the more powerful ecdysteroids in spinach proven to have an anabolic effect in vertebrates but it has zero hormonal effects. In other words, it may make you bigger and stronger, but it won’t affect your actual testosterone levels one bit.

While mostly attributed to the phytoecdysteroids there are dozens of chemical compounds in spinach which aid the body in protein synthesis, building muscle mass and strength.

Most of the studies to date showing these increases have been done on animals (1, 2) and as I frequently mention, you should not expect the same level of results should not be expected until proven in a human case study.

However, there has been some limited study on the humans which also show positive benefits to consuming spinach for muscle mass, strength and recovery times. (3, 4, 5)

Let’s look at some of these in more detail.

Most men do not realize that stress is a huge testosterone killer and the phytoecdysteroids in spinach can actually help lower stress by protecting the thymus, spleen and adrenal glands according to a study in 2014. (6)

While the 2014 study proving this was only performed on rats and we cannot say it will have the same effect on humans… We already know that spinach is extremely beneficial to our overall health and any benefit in protecting our body from the ravishing effects of stress would simply be icing on the cake!

I am really big on supplementing with a high quality ashwagandha extract like KSM-66 because of its proven stress decreasing and protective benefits as well. 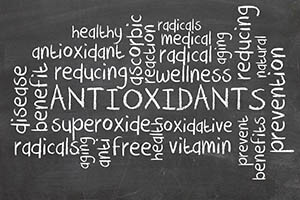 Spinach is an absolute powerhouse in the antioxidant department with just 4 leaves scoring well over 1,000 on the ORAC chart. (7)

It also just happens to be abundant in one of the more recently discovered groups of carotenoid antioxidants to be studied known as epoxyxanthophylls.

Epoxyxanthophylls such as neoxanthin and violaxanthin have been proven to have incredible anti-cancer properties including the ability to ward of prostate cancer! (8, 9)

Spinach is very abundant in epoxyxanthophylls which has very low dietary bioavailability in humans so consuming it daily is a great practice to get into. (10)

Spinach is Rich in Chlorophyll

A small book could be written about all of the benefits of chlorophyll which is of course way out of the scope of this article but I will touch on some of the highlights.

Chlorophyll is a green pigment in plants and is what is responsible for converting sunlight to energy within the plant.

Chlorophyll is rich in vitamins, minerals and antioxidants all on its own and our bodies use it at a molecular level to to build new red blood cells and it’s rich in live enzymes that purify the blood by flushing out carcinogenic (toxic) substances. (11)

Some of the benefits attributed to chlorophyll include but are certainly not limited to:

Your body carries an enzyme called beta-glucuronidase which breaks up bound estrogen which is on its way out of the body. When that happens, the estrogen actually gets recirculated into your body instead of pee’d out.

The high fiber content in spinach helps lower the amount of beta-glucuronidase in your body and thereby helps prevent the recirculation of estrogen. (12)

Beta-glucuronidase is an extremely important enzyme and crucial to your gut health and the digestion process so you do not want to eradicate it by any means.

However, when your levels are too high it can have very negative ramifications such as the reabsorption of estrogen and toxins.

Because of the complex interplay in your body between healthy levels of beta-glucuronidase and having too much or too little, I suggest you stay away from beta-glucuronidase blockers such as “Calcium D-Glucarate” unless directly advised by a trusted medical professional.

With that said, spinach is a natural way to help keep that balance in check without risking going to far overboard. 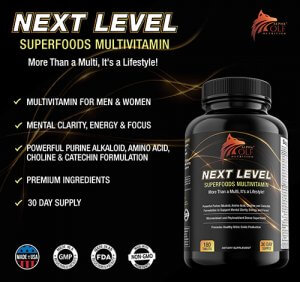 Next Level by Alpha Wolf Nutrition is our #1 ranked multivitamin and features 400 mg of 4:1 spinach concentrate (equivalent to 1,600 mg).