“He was a bold man, that first ate an oyster.”  –Jonathan Swift

“Eating an oyster is like french-kissing a mermaid.”  –Tom Robbins

There are not many culinary experiences like eating an oyster at a raw bar. And like the Jonathan Swift quote above, they may prove…a challenge to some folks, simply based on looks and texture.

But for those who come around to them, oysters not only provide a delicious, tasty seafood treat, but they have also been proven to aid in boosting testosterone, a must for any man who wants to remain healthy as he ages.

Acme Oyster House in New Orleans is probably the first place I ever sat down for a session of fresh oysters.

The entire experience is a jumble of sensory input, best observed over an ice-cold Dixie beer:

There’s the bins of shells expertly pried open with a rapid flash of blade by the shucker’s gloved hands, the chill of the iced plate presented before you with a side of saltines, the contrast of the harsh, abrasive outer shell delicately cupping the vulnerable, delicious meat within.

Then the tang of Tabasco or horseradish, the zest of lemon juice, and down the hatch!

That the very type of food with so many proven benefits for men should prove to be so interesting and downright fun to eat just goes to show that we are a very lucky gender indeed!

Oysters have long been thought of as an aphrodisiac, dating back to the ancient Romans.

Famous lover Casanova reportedly maintained his epic stamina in the sack by eating raw oysters every day for breakfast.

But that’s all legend. These days you don’t have to rely on the braggadocio of some Venetian who claimed to be a ladies man.

No, these days we know that there’s also solid science behind claims that oysters can help enhance men’s testosterone levels, vital for pursuing the activities good old Signor Casanova was known for.

Oysters Are Loaded with Zinc

For starters we’ve got zinc, which as most men should know by now, is a vital cog in the machinery of the man’s body.

Numerous studies have shown that a daily dose of zinc can help increase your testosterone levels, especially when exercising.

It’s also been shown to increase sperm concentration (that’s not how well your sperm do when taking an exam, but rather how many sperm are present in your semen).

Zinc has even been directly correlated to better performance in bed in one small study.

Next up oysters also contain D-aspartic acid, a relatively new and lesser-known precursor to testosterone production in men, but a vitally important one nevertheless.

D-aspartic acid was first isolated from asparagus in 1872, which is not a long time at all. But in that short time, scientists have managed to determine that it packs a powerful testosterone punch.

One study on rats showed that an increase in D-aspartic acid can boost testosterone production by as much as 42% in less than two weeks time!

In that same study it dramatically increased the synthesis and release of testosterone in the testes.

What’s more, all that testosterone-boosting was shown to enhance subjects’ sperm production game as well: another D-aspartic acid study showed that after 90 days, many of the participants had doubled their sperm production and increased sperm motility by upwards of 25%.

And the last reason our little squoogy mate the oyster should be considered our best friend when it comes to testosterone production, is that they pack a solid punch of good old Vitamin D.

The first thing to know about Vitamin D is that it isn’t really a vitamin – your body makes it from ultraviolet radiation. It’s actually a steroid hormone also known as calcitriol.

As such, “Vitamin D is thus not a true vitamin, because individuals with adequate exposure to sunlight do not require dietary supplementation,” according to the Vivo pathophysiology journal from Colorado State University.

However, you can get it from supplementary sources like fortified milk, eggs, and fish oil. And as we get older (where have we heard that phrase before, gents?) and we’re likely to spend less time in the sunlight and drink less milk, our natural levels of Vitamin D intake can drop.

In addition, there are numerous studies showing that Vitamin D deficiency can have an effect on testosterone.

Many of theses studies consistently show men enjoying a 25 to 50% increase in testosterone production after taking Vitamin D supplements for six to 12 months.

And here’s where we circle back around to our good old friend the oyster.

And if you have to think of eating oysters like you were “french-kissing a mermaid,” go for it.

But understand this: there are few completely natural foods out there that so directly and completely cover all your bases when it comes to giving your testosterone a fuel-injected, turbo boost.

So get to slurping down some oysters, boys, and “your boys” will thank you for it!

(And so will your girl!)

Want to find some easy to take supplements that will boost your T? Read our article: natural testosterone supplements for men 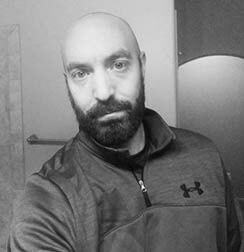 It is my personal belief that the two biggest benefits you will get from eating oysters come from the vitamin D (although the amount you will get from oysters is pretty minimal) and Zinc which oysters are loaded with.

Both of which are two of my favorite testosterone boosters.

You will see in my full write up on D-Aspartic Acid (DAA) I explain why you should not take it in “supplement” form.

However, it is a key and important amino acid and getting it in smaller doses in its natural state, such as by eating oysters, is great and I highly recommend it!