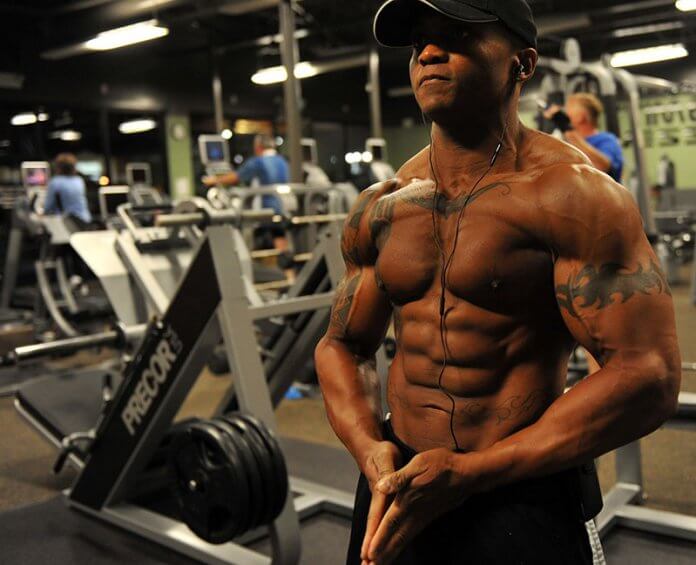 Nitrosigine has recently hit the market, and it has raised the bar for those who engage in various physical fitness routines. Nitrosigine was patented in the USA.

A non-stimulant, this sports-nutrition-geared ingredient has been clinically tested quite a bit. And the results show that it’s a safe ingredient that benefits consumers who partake in various exercises for achieving health-related goals. Studies show that it greatly increases levels of NO (nitric oxide).1

What happens when NO levels are increased? In relation to fitness routines, this increase causes more blood to flow through the muscles, which is beneficial to physical activity.

Nitrosigine acts quickly. It will raise levels of arginine within half an hour, and this beneficial side effect can last for 3 hours after only one dose of the bonded arginine silicate.1

An increase in NO levels also leads to an increase in oxygen supply to the muscles. Many nutritional products stress how important this increase in NO can be when it comes to having an efficient workout. Many of these products utilize arginine by offering it in high doses.

Like Nitrosigine, arginine increases NO levels. But the problem is this: the vast majority of arginine breaks down rapidly after being absorbed.

It not only increases blood flow but it also raises serum silicon levels, which means it leads to healthier arteries.1

This means there will be less chance of damage, and decreases in the blocking of blood flow. A clinical study shows that Nitrosigine will significantly raise the levels of silicon in only an hour and a half.1

Nitrosigine is backed by science. There have been preclinical trials performed on this ingredient. A clinical study was conducted as well. And the results show that this bonded arginine silicate is beneficial to workout enthusiasts in a multitude of ways.

Nitrosigine outperforms the amino acid arginine because it uses a beneficial, synergistic approach to arginine and silicon.

The preclinical trials conclude that Nitrosigine works far more efficiently than arginine HCl when it comes to promoting the elasticity of blood vessels. In fact, this elasticity is promoted 5X more effectively as compared to arginine.2,3

Nitrosigine increases NO levels for consumers. This increase leads to more blood flow and oxygen supply to the muscles. But it doesn’t just increase NO levels temporarily.

According to the research, this supplement will continue to build levels of nitric oxide as its use is continued over time.1

Nitrosigine has been notified as a New Dietary Ingredient or “NDI” by the US Food and Drug Administration. Nitrosigine also meets GRAS status or “Generally Recognized As Safe” to be used in products such as nutritional bars and beverages.

Companies specializing in sports nutrition have started realizing the benefits of Nitrosigine. Many items containing this ingredient can now be found in stores, while other items are still being developed.

The clinical study, which used healthy male participants aged from 20-38, was published in The Journal of the Federation of American Societies for Experimental Biology.

Each participant was presented with a 1500mg dose of Nitrosigine on a daily basis for 2 weeks straight. There was an immediate jump in silicon levels after just 1 hour, and levels of plasma arginine significantly increased in around 30 minutes.1

How often should Nitrosigine get taken?

Any product with Nitrosigine is safe to be used on a regular daily basis. The effects will start within 30 minutes. These effects can last for nearly 3 hours.

What are the specific benefits of Nitrosigine?

According to the preclinical trials, Nitrosigine will increase levels of silicon and nitric oxide. When NO levels are increased, blood flow and oxygen supply throughout the muscles are increased as well. Increased silicon levels lead to healthier arteries.

Nitrosigine will increase the elasticity of blood vessels. Nitrosigine can be linked to higher levels of cardiovascular health.

What’s the relation with silicon and sports nutrition?

Higher levels of silicon are going to increase your overall blood flow, which is beneficial to any exercise routine. Silicon gives more flexibility to the walls of your arteries.

Arterial stiffness is a problem that occurs over time due to natural aging. Silicon is going greatly decrease these effects and, in turn, greatly reduce chances of cardiovascular issues.

Is there any added benefit to taking Nitrosigine on a regular, daily basis?

Yes, continued use of Nitrosigine provides continual increases in NO levels.

Does Nitrosigine have negative side effects?

There have been no reports of any serious side effects. This ingredient is not a stimulant. The safety of Nitrosigine has been thoroughly tested, leading to its GRAS affirmation along with its notification status from the FDA as an NDI.

Taking The Sports-Nutrition Market By Storm

Nitrosigine (bonded arginine silicate) is a compound that takes a synergistic approach to the benefits of arginine and silicon. This ingredient has many positive effects for consumers who actively participate in fitness programs, including muscle-growth routines.

Nitrosigine can be linked with higher overall health of the cardiovascular system. Continual use of this bonded arginine silicate will lead to continual increases in NO levels and may be even more powerful when combined with L-Citrulline.

It has also undergone rigorous safety testing. It has no known side effects. Many sports-nutrition companies are realizing the benefits as it outperforms arginine in many different ways.

Preclinical trials and a single clinical study have concluded that this sports-nutrition supplement can truly work wonders for consumers who are looking to amp-up their typical workout routines.