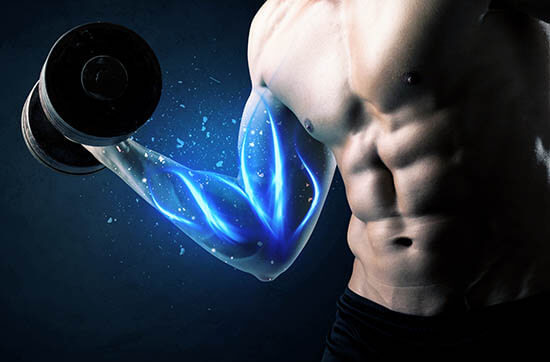 There are a lot of supposed “natural testosterone supplements” people recommend but the fact of the matter is, most of them have little to no science behind them.

In fact, one of the most popular supplements can actually lower your testosterone!

I’m also going to show you the 2 most over-hyped testosterone supplements on the market today and why science says you need to stay clear of them. 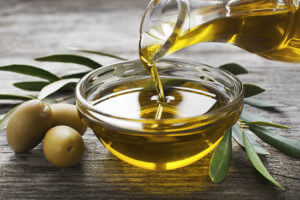 Supplementing with extra virgin olive oil has been scientifically proven to boost testosterone levels by as much as 17.4% with just 1.6 tablespoons per day. (1)

Ok, maybe this isn’t what you would consider a “traditional” natural testosterone supplement but it should be!

It’s incredibly easy to get as you can run to any local grocery store and pick up a bottle.

Researchers discovered that supplementing with EVOO lowers inflammation in the testicles which enables them to produce more T. It also helps your Leydig cells in the testicles absorb more cholesterol which is what your testis use to produce testosterone.

Before you run to the kitchen and start downing this testosterone boosting nectar of the gods, you do need to make sure you have pure EVOO, preferably in a glass container and manufactured in California.

Get all of the in-depth science behind extra virgin olive oil. 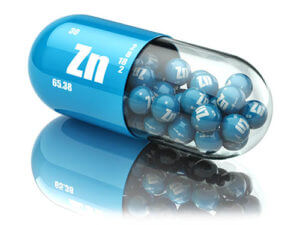 Zinc, magnesium, and B6 all play crucial roles in testosterone production but when combined they form a super supplement known as ZMA.

Most scientific case studies which measure T levels are not performed on elite athletes but ZMA has been specifically tested on college football players and both an increase in testosterone and muscle function was found with supplementation. (2)

Zinc supplementation alone has also been tested on wrestlers and they were found to have higher T levels vs a placebo group.

Magnesium performed well in a case study on both athletes and sedentary males too. It has been shown to increase natural testosterone levels by as much as 24%.(3)

Read more about the ZMA complex. 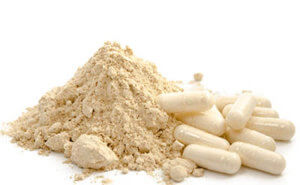 Ashwagandha root has a lot of benefits which support elevated testosterone levels. In clinical studies it has been shown to:

An improvement in any one of those areas can result in better T levels and athletic performance so it’s no surprise when researchers directly tested the hormone profiles of men after supplementation the results were off the charts.

In an 8-week case study involving 57 men supplementing with KSM-66, an 18.7% increase in testosterone was realized. In addition to that, the men improved their 1 rep bench press on average by an astounding 43.2 pounds! (4)

Read more about the benefits and science behind ashwagandha KSM-66. 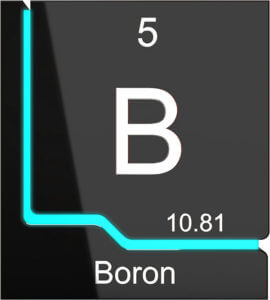 In a recent clinical trial, males supplementing with 10mg of boron every day increased their free testosterone levels by 28.3%. In addition to that, their estrogen levels went down by -39%. (5)

That’s a pretty dramatic and positive change in a man’s hormone profile!

Boron appears to be very adept at limiting the amount of Sex Hormone Binding Globulin (SHBG) in your blood.

SHBG binds to testosterone and carries it throughout your bloodstream which is a good thing unless you have too much of it. Too much SHBG and your T gets “landlocked” so to speak and is not “free” to use as an anabolic factor.

Because boron can help limit the amount of SHBG in your body, it can free up your testosterone so you can build bigger and stronger muscles. 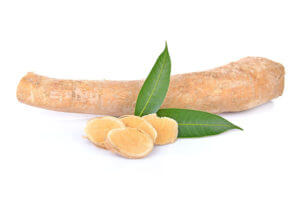 Longjack is an ancient medicinal herb which has been used for centuries to treat a variety of ailments in men. Its ability to increase testosterone, strength and lean body mass is well documented too.

In fact, supplementation with longjack has been shown in human clinical trials to increase testosterone by as much as 37%! (6)

It has also proven to be anti-estrogenic, outperforming a major pharmaceutical drug in a petri-dish case study. However, at iTestosterone we like to focus on human case studies as what happens in a petri-dish does not always translate to the human body.

With that said, longjack appears to be one of the most powerful testosterone boosting herbs available today.

Shilajit is flat out one of the best natural testosterone supplements you can find.

Created by nature high in the himalayan mountains deep within the rocks, this tar like substance slowly oozes its way to the surface over hundreds of years.

This resin rich powerhouse is packed with testosterone boosting nutrients like fulvic acid, around 85 different minerals and a neat little nutrient known as “dibenzo-alpha-pyrones” which is pretty unique to shilajit.

Getting an extract from a reputable manufacturer you can trust is difficult to come by because it is flat out expensive to produce.

Some companies have been known to cut their shilajit with extremely high doses of fulvic acid (FA) and try to promote it as a better product but lower amounts of FA, in the 20 – 30% range are actually better.

As far as test studies in human case studies how does a 19% free testosterone and 23.5% total testosterone increase sound? (7, 8)

Sounds like more weights on the bench press to me! 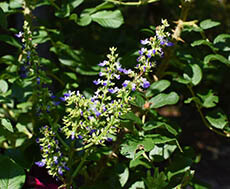 This herb is largely ignored within the natural testosterone supplement community and it’s a real shame.

Coleus Forskolin has been proven in a human backed case study to improve free testosterone levels by as much as 16.77% and total T levels by 33.77%! (8)

It also increases cellular levels of a molecule known as cAMP which helps to break down fat tissue and increase metabolism.

This is huge because fat actually locks up your testosterone rendering it completely useless.

It would also explain why such a great increase in free T was seen in the case study. Burning off fat can release the locked up testosterone to promote strength and muscle size.

The one knock on Forskolin is that T boosting benefits from supplementation was only seen in significantly overweight men in case studies.

However, I thought I should include it on this list because if you are in fact in need of shedding some pounds, it’s a great supplement to take! 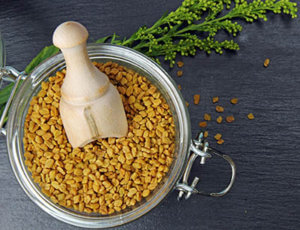 There has not been a single human study performed so far which actually shows fenugreek to be a positive testosterone booster.

Fenugreek appears to be the product of slick marketing and a lot of campaign dollars being thrown into it.

The study usually referenced when discussing it’s powerful T boosting benefits was actually sponsored by a company which makes “testofen” a patented extract of fenugreek.

What’s funny about that study is it actually doesn’t mention anything about testosterone levels being increased over the long term.

In one paid for study, the participants were simply asked a series of questions “in self-reported satisfaction with muscle strength, energy and well-being”.

I hate to be the bearer of bad news but asking a group of men if they ‘feel stronger’ is about as unscientific as it gets. Yet this study has been spun in countless articles to show hardcore evidence of fenugreeks T boosting ability. (9)

In another study published in the International Journal of Exercise Science, fenugreek was not only shown to have no positive effect on testosterone levels but it actually decreased dihydrotestosterone (DHT). (10)

Read more on why Fenugreek is over-hyped and how it can help you produce more breast milk if you are a female. 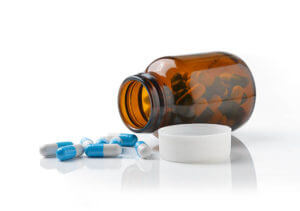 D-Aspartic-Acid (DAA) has been proven to boost testosterone levels by 42% in just 12 days!

That’s a great headline, isn’t it? And it’s what everyone who wants you to buy their product or is trying to sell you someone else’s DAA product will tell you.

BUT THERE IS A PROBLEM!

First of all, this study was paid for by a DAA manufacturer (DADAVIT®). (11)

Can you say red flag?

But then, along came 2 studies that were not paid for by DADAVIT® and what the researchers found was something entirely different!

In the first study, men performed heavy resistance training exercises for 28 days along with D-aspartic acid supplementation. At the end of the study, no effect on muscle strength or body composition was seen and there was no benefit to their hormone profiles! (13)

In the second study men received either 3 grams or 6 grams of DAA daily for 14 days. The group that took 3 grams (3,000 mg) saw absolutely no significant increase in total or free testosterone.

But it gets worse, testosterone actually decreased!

The group that supplemented with 6 grams daily actually saw a decrease in both free and total testosterone levels. (14)

So there you have it. At best the studies showing DAA can increase T levels are completely unreliable. At worst, DAA can actually decrease your testosterone levels.

No supplementation regimen can outperform a healthy diet and solid overall nutrition. Eating “clean” should always be your first focus.

However, the 7 supplements mentioned above in the ‘do take’ column can help you make big strides in maximizing your testosterone.

With that said, it can be hard to get all of those different ingredients every day and nobody wants to have to order several different bottles and take a bunch of pills that probably provide too much of any one given ingredient.

Force X7 by Alpha Wolf Nutrition is the only multi-ingredient natural T booster we recommend and includes ZMA, Ashwagandha, Boron, Longjack and Shilajit in its formulation.