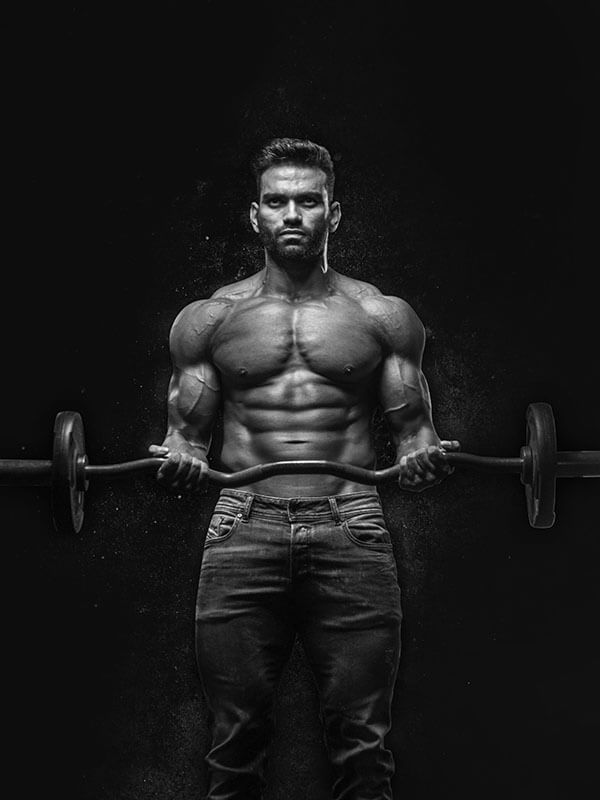 If you’ve been on the scene in workout supplements, you’ve probably heard of HydroMax or GlycerSize.

They been gaining traction lately for their ability to improve your endurance, increase the efficiency of your muscles, maximize muscle pump and keep your body hydrated during your workout.

What Is HydroMax and GlycerSize

Both HydroMax and GlycerSize are actually “Glycerol 65%” which was initially developed by pharmaceutical company Glanbia Nutritionals and then later by Pinnacle.

To this day, it remains the purest and most concentrated powdered glycerol that you would be able to find on the market. Its composition is 35% silica and 65% glycerol by weight, giving it its common name Glycerol 65%.

Glycerol 65% is a very convenient supplement since it is free of allergens, is highly stable, and can last around 3 years before expiring. Glycerol 65% is mostly manufactured in the United States.

Glycerol itself goes by different terms such as Glycérine Végétale, Alcool Glycériné, Glycerol Monostearate, Glycerine, Glycerin and even more.

It occurs naturally and when isolated becomes an odorless, colorless, and sweet-smelling substance. For the past few decades, it has been infused in processed food products.

Glycerol can also be synthesized with pyruvate, proteins, triacylglycerols, glucose, and many other metabolic pathways involving glycerolipids.

When glycerol supplements were first developed, they mostly used a different form of glycerol known as glycerol monostearate or GMS.

Glycerol Monostearate is made from stearic acid and glycerol. Both of these substances can be found in oils or sources of fat that are reactive to esterification or glycerolysis.

But in recent production of glycerol supplements, GMS has become less and less common because of its relative instability. As a less stable ingredient, it does not last as long and only reaches a 5% to 12% glycerol potency when it is powdered.

How Is Glycerol 65% Different

This is where the new and improved Glycerol 65% comes in. It can reach a higher concentration than the previous unstable 12% glycerol.

And while GMS would feel waxy when eaten, Glycerol 65% can be mixed in water! This is a much easier and attractive alternative than a weird-tasting supplement before your workout.

One main workout benefit of Glycerol 65% is that when taken orally, and especially when mixed with water, it can keep you hydrated during your workout.

It will also help you optimize the efficiency of your muscle pumps, which will lead to a more intense workout with the same amount of effort.

The Glycerol 65% is easily absorbed by your body and gets turned into energy through your kidneys and liver, making it a safe and easy way to improve your workout.

The dosage needed of HydroMax and GlycerSize is much lower since they are concentrated and most athletes take between 1.5 – 5g about 30 minutes pre-workout with 8 – 12oz of water.

If you’re wondering what hyperhydration is, the main idea is that while you are hyperhydrated, a greater volume of fluid remains in your body.

This is all thanks to the Glycerol 65% once it gets absorbed by your body. In one study, glycerol was found to increase the fluid retention within the body from 300ml to 730ml. That’s more than a 200% increase!

This suggests that Glycerol 65% is amazing at keeping your body hydrated and retentive of fluids during exercise, regardless of the intensity or the air conditions.

If you take HydroMax or GlycerSize before your workout, it will not just keep you hydrated for a long time, but will also help you make the most of your work out.

While maintaining the same effort in your work out, you can keep your heart rate normal, lower your physical stresses, and even raise your stamina.

More Effective When Taken With Carbohydrates

Glycerol also works very well when consumed with other substances such as a carbohydrate drink.

In another study that tested stamina, the combination of glycerol and a carbohydrate beverage increased the stamina of an individual from 16.4 minutes to 24.4 minutes, which is higher than when the individual drank a carbohydrate drink without glycerol.

Another study that included 40 test subjects and a 20-day duration period combined with 26ml water per kilogram of body weight allowed for an increase anaerobic and aerobic metabolism, as compared to only drinking water.

Glycerol combined with a carbohydrate like dextrose increases your muscle size, or “the pump”, while you exercise. Bodybuilders love to combine GlycerSize with their weightlifting routine, especially with a repetition range of 8 to 15 reps.

What Are The Side Effects

But you should also be aware of any possible side effects of GlycerSize and HydroMax before you start using it.

In general, both supplements are quite safe for anyone to consume by mouth when the dosage is Glycerol 65% or less.

Some users have reported side effects when consuming too much Glycerol 65% which would be dizziness, nausea, vomiting, bloating, thirst, and headaches. This is however, almost non-existent in doses of 5g daily or less.

If you still aren’t sure, rest assured that glycerol is deemed safe by the FDA when consumed with food, as long as the manufacturer is GMP certified or “current good manufacturing practice” certified.

In Canada, glycerol is marked as “not expected to be potentially toxic or harmful,” making it a safe substance on their Environment Canada Domestic Substance List.

Glycerol 65% is completely safe as a workout and metabolism supplement! They can change up your workouts and help you make the most of the physical activity.

What Is the Difference Between HydroMax and GlycerSize

For all practical purposes they are identical. The only real difference between the two products is GlycerSize uses a proprietary spray drying technology which allows it to mix better in water.

Some people feel that HydroMax can become a bit clumpy but in my experience it mixes pretty darn good. I do, however, live in a very dry climate so that helps.

When used properly and responsibly, Glycerol 65% whether by GlycerSize or HydroMax is an effective and very safe supplement that can optimize your physical activity, workout, and metabolism.

As a naturally-occuring substance, it can be easily absorbed by your body and is a perfect way to improve your workout routine.

How common is Glycerol 65%?

You probably won’t find it by the name Glycerol 65%. Instead, look for HydroMax or GlycerSize. You won’t be able to purchase either directly from the two companies which make them but many great pre-workouts such as UNCAGED by Alpha Wolf Nutrition feature one or the other.

Is HydroMax and GlycerSize Better When Stacked with Creatine?

One study that examined the effects of stacking with Glycerol 65% and creatine.

At a 1g and 11.4g per kilogram respectively, core temperature was maintained, exertion was reduced, and there were no negative side effects observed for physical exercise in a 95 Fahrenheit room.

In another human case study, participants who stacked both Glycerol and Creatine increased their fluid weight by nearly 50% more than those who took Glycerol alone. Talk about maximizing your pump and muscle fullness!