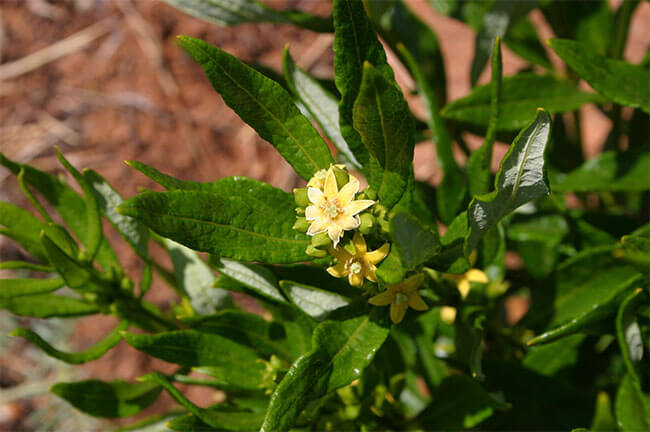 Fadogia Agrestis is of relatively new interest to the testosterone supplement market, and one that is quickly getting a lot of attention.

What guy doesn’t want better performance in the bedroom as much as the weight room?

With worldwide testosterone levels of men suffering,the hunt for effective testosterone and libido boosters has never been higher.

Native to Nigeria, the stem of the Fadogia Agrestis plant is used to isolate alkaloids and saponins that have potential for alleviating symptoms of erectile dysfunction, low testosterone, and decreased sex drive.

Let’s take a look at what science says about this plant, whether it can boost testosterone, and possible side effects.

What Science Says About Fadogia Agrestis

Libido Booster: One study published in the Asian Journal of Andrology demonstrated that when Fadogia Agrestis was given to rats, it significantly boosted their sexual behavioral traits including libido, sexual interest, and dominant behavior. (study)

Increases Testosterone: In the same study mentioned above, researchers predicted that the reason for the dramatic improvement in sexual function and interest was the spike in testosterone. Blood tests showed that there was a direct increase in serum testosterone levels regardless of the dosage. (study)

Potential Side Effects with Fadogia Agrestis

Testicle Trouble: Although preliminary studies are promising for boosting testosterone levels and sexual performance, oddly enough other studies point out the chance for complications and side effects in the male reproductive organs.

A study published in the Journal of Ethnopharmacology confirmed that rats who were given Fadogia Agrestis showed signs of adverse reactions in the testicles. (study)

User reviews online also point out some potential trouble in this area with some guys reporting growth in the testicles – something that shouldn’t continue to grow post-puberty.

Could Damage Organs: Aside from creating problems in the male sex organs, Fadogia Agrestis can be toxic to your organs.

Studies suggest that in large doses, the herbal remedy can cause toxicity. In a study published in Human & Experimental Toxicology, Fadogia Agrestis was shown to cause “disruption of the ordered lipid bilayer of the plasma membranes.”

In other words, using the supplement caused the breakdown of fatty acids (but not in a good way) and resulted in free radical damage to cells. (study)

Free radicals have been associated with promoting aging and disease.

Should You Take Fadogia Agrestis?

If you look through all of the studies mentioned above,you’ll notice a common theme: all research was performed on animals.

There are currently no human-based trials or studies – only user reviews online, which aren’t always reliable.

My advice: Stay clear of Fadogia Agrestis until trusty-worthy studies are performed on humans, and it becomes a more regulated supplement.

Since it’s not terribly popular and it’s missing valid science,supplement brands can fill a capsule will filler and you’d never know the difference.

If you want to boost your testosterone levels, use ingredients that have been proven by science to work including ashwagandha, vitamin D and shilajit.