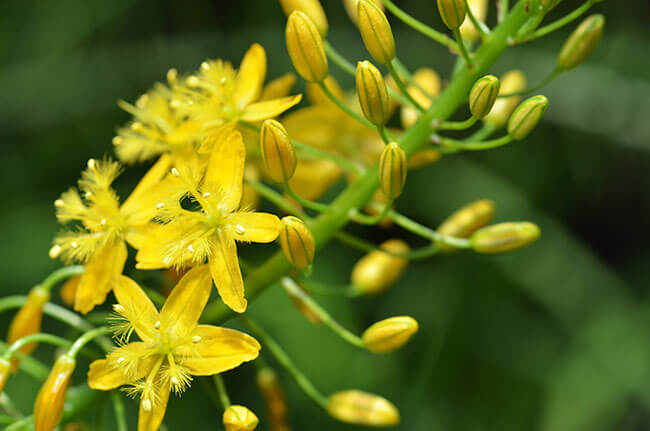 Native to South Africa, Bulbine Natalensis has long been used in traditional medicine as a way to improve libido and sexual performance in men.

What was once tribal knowledge is now getting international attention as studies are revealing the benefits of Bulbine Natalensis.

Let’s take a look at what science is saying about this compound, the benefits of it, and whether you should use it to boost testosterone and sex drive.

The Bulbine Natalensis supplement is the isolated stem of the plant and the compounds within such as tannins (polyphenols), saponins (antioxidants), and alkaloids (nitrogen and carbon molecules).

It is these plant-based compounds that give Bulbine Natalensis its medicinal properties.

In one study, 25 mg to 50 mg per kilogram of bodyweight of Bulbine Natalensis was shown to increase testosterone levels as well as serum follicle stimulating and luteinizing hormone concentrations.

While human-based studies are pending, it has been shown to be safe for human consumption within a 28-day period.

Increases Libido and Sexual Performance: In the same study from above, researchers found that rats given the 25 mg to 50 mg per kilogram of bodyweight dosage engaged in more frequent sexual behavior.

In other words, the rats’ libido increased significantly. Oddly enough, the rats given the 100 mg dosage showed the opposite behavior.

Side Effects of Bulbine Natalensis

Hair Loss: Since Bulbine Natalensis increases testosterone and cholesterol levels, precursors for dihydrotestosterone (DHT) conversion, you do have the risk of hair loss.

While it is far more anabolic and androgenic than testosterone, DHT is thought to be one of the primary reasons for male pattern baldness and hair loss.

Potential Organ Risk: One study involving rats found that although Bulbine Natalensis did boost testosterone and libido, it also shrunk the liver and kidneys. While this was not the cause of death for the animals, it is of concern because organ shrinkage can lead to organ failure.

Should You Use Bulbine Natalensis?

Despite the absence of human-based studies and trials (for now), I think Bulbine Natalensis could be of use to guys who want to increase their levels of testosterone and libido.

Looking through user reviews, you’ll find that the only common negative complaint is that certain brands didn’t work; there are no reports of any horror-story side effects.

What’s more, as mentioned above, one study confirmed the safety of it for the same period of a supplement cycle: four weeks.

My recommendation is that if you’re going to use Bulbine Natalensis, be sure to cycle on and off (four weeks on, four weeks off) as you would any fitness supplement.

What Supplements are Proven In Humans to Increase Test?

Want to know what supplements been proven in scientific case studies to increase testosterone in humans? Check out our article on the 7 best natural testosterone boosters.

Editor’s Note: While the potential increase in DHT does not concern me, as noted several times throughout other articles on iTestosterone; I prefer to focus heavily on supplements proven in human based case studies.

While I agree with the overall assessment in this article, as I always say, what works in rats usually does not end up working in humans. In my personal opinion, there is no reason to believe a nutrient will provide any specific value to the human body until a human based case study gives reason to be optimistic.